This CD solo venture summarises my long journey until now via Classical gtr, Jazz gtr and the ideal marriage of the two, Brazilian gtr. It also features new compositions that I've accumulated since a 2006 project that involved me writing a finished piece for each day of the year. Fatigue and other projects pulled me away after June 30 but I had by then 181 pieces to deal with. The 9 selections here were especially written for solo gtr, the remainder will emerge gradually as duos, trios and ensemble works as I continue to pore over them, revising a little and considering the instrumentation for subsequent recordings.
Rounding out this solo CD I wanted to give a strong representation of the most significant composers and guitarists from Brazil through the ages as they have contributed so much to the repertoire, Dilermando Reis, who presented salon music alongside choros, sambas and waltzes; Garoto, the precursor to jazz-infused bossa nova; Baden Powell, who re-energised the gtr with his afro-sambas and to whom 'Salvador' is Egberto Gismonti's tribute; Guinga, a highly original composer who is carving out new directions for the gtr; and to my musical mentor Mauricio Carrilho whose contribution to choro is so vast it is still yet to be truly measured and appreciated.

Melbourne's Doug de Vries can seemingly play anything. Regardless of the band in which he appears, he can steal a show with a segment of solo acoustic guitar, and here he gives us a whole album of that. He has especially immersed himself in the guitar artistry of Brazil, where rhythmic fluidity meshes with high drama and unabashed passion. These qualities surge through the speakers as de Vries realises 15 short pieces, mostly by himself, with nods to the work of such heroes as Baden Powell and Egberto Gismonti. His articulation is very clean, without being clinical, and he has enough of a story­teller's flair to keep each piece engaging, and to prevent the whole becoming too samey. Superb. 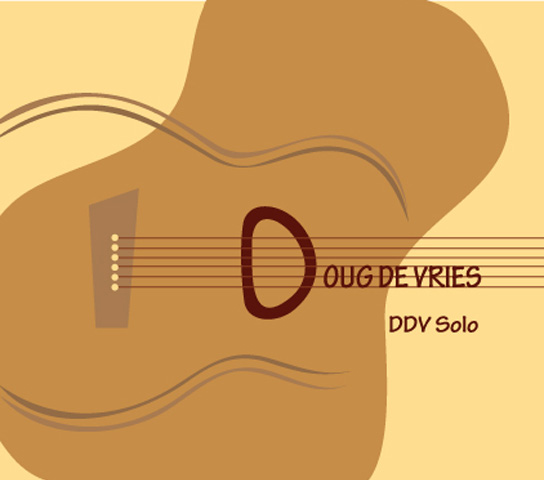