Doug de Vries is one of Australia's foremost guitarists and a significant composer for the guitar, excelling in many musical genres, from jazz and blues to gypsy swing, choro, samba and bossa nova.

He is considered Australia's leading exponent of Brazilian guitar repertoire and recently released a solo album of original works and classic Brazilian repertoire, DdV Solo. DdV is particularly noted for his sophisticated accompaniments, deep knowledge, and daring improvisations whether in solo or group settings.

Emerging into Australian consciousness through his long stint as resident guitarist in the house band on Channel Seven's Steve Vizard's Tonight Live, de Vries was also a founding member of the Vince Jones group over 10 years in which the jazz singer built his loyal following and made his seminal recordings.
De Vries maintained an interest in Brazilian guitar music throughout all those years, releasing his own compositions and albums inspired by this rich musical fount. After living in Rio de Janeiro in 2000, and making subsequent trips partly encouraged by receipt of an Australia Council for the Arts Fellowship, his performance credits in the world of Brazilian music are exemplary, having performed and recorded with Yamandu Costa, Hermeto Pascoal, Mauricio Carrilho, Luciana Rabello, Jorginho do Pandeiro, Ronaldo do Bandolim, Paulo Aragao, Proveta and Lula Galvao. 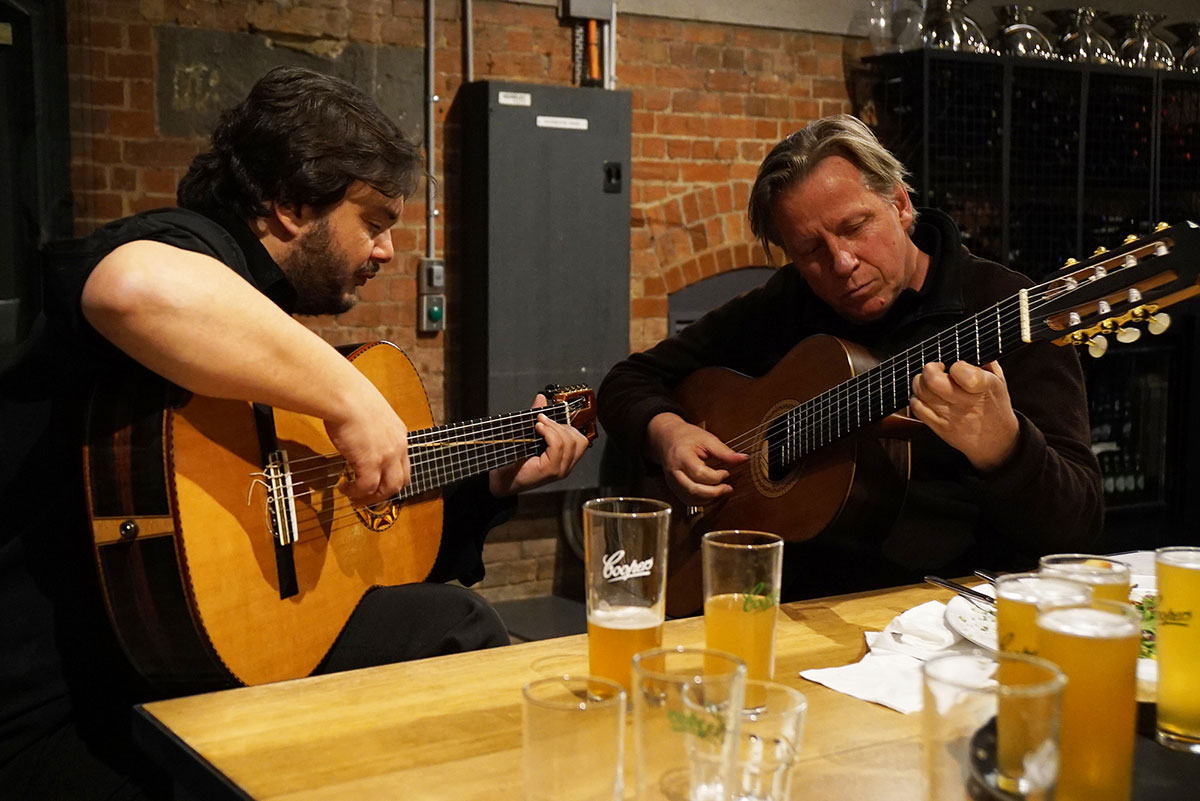 Recent highlights include a solo guitar concert featuring de Vries' own compositions in Niteroi, late 2014 while in Rio for a documentary request; performing with Yamandu Costa at various Australian appearances and with Hermeto Pascoal on his Australian tour of 2012. Doug has had sell-out shows at the Melbourne Spiegeltent and Melbourne Recital Centre playing solo guitar and also celebrating the afro-sambas of Baden Powell in trio form; an acclaimed Sexteto Zona Sul choro show at the Stonnington Jazz Fest 2014 and a packed Cathedral for the Wangaratta Jazz Festival on more than one occasion.