Odeon Guitar CD sets itself apart from other chamber groups with its unique instrumentation, use of improvisation and emphasis on original compositions.

The sound of Odeon combines the musical influences of Australia, Brazil, Argentina and other regions. The duo have been playing together in different combinations for a number of years and the Odeon sound has evolved naturally from these projects.
Doug de Vries is one of Australia's foremost jazz and Brazilian style guitarists; while Ken Murray is a prominent classical guitarist. They share experience in each of these areas but the combination of different backgrounds makes for a new, original and exciting sound.

Committed to writing original pieces for the combination and making new arrangements of the choro and tango repertoire, improvisation is also a feature in their performances. Also exploring with reworks of music written by Brazilian composers such as Paulo Bellinati, Marco Pereira, Antonio Carlos Jobim and Villa-Lobos among others, the name is derived from the classic Brazilian choro composition Odeon by Ernesto Nazareth.

Ken Murray is a performer, teacher and composer from Melbourne. He has performed around Australia and toured Portugal, Spain, England and The Netherlands. Ken has a strong commitment to performing contemporary music and is also an active performer of Spanish and South American music. Ken has performed in many ensembles as a guitarist and mandolinist including: Elision, Libra, Re-sound, Adelaide Symphony Orchestra, Melbourne Symphony Orchestra and Orchestra Victoria. Ken is currently working on a PhD in musicology, focusing on the reception of Spanish music in London from 1875-1925. He is a guitar teacher and lecturer at the University of Melbourne, the Melba Conservatorium and Monash University.

Doug de Vries is one of Australia's top, most experienced and versatile guitarists and composers, excelling in many musical genres from jazz to choro, samba and bossa nova; styles that form the basis of Brazilian popular music, and is considered Australia's leading exponent of Brazilian guitar repertoire. He is particularly noted for his sophisticated accompaniments, deep knowledge and daring improvisations in jazz or other settings, be it solo guitar or in ensembles.

The three guitarists heard on this recording come from different musical backgrounds: Doug de Vries is a jazz exponent who has worked extensively with choro, samba and bossa nova with a strong emphasis on the Brazilian guitar repertoire, Ken Murray is a Classical guitarist specializing in Spanish and Australian music of the modern era; Jaimie Smith focuses on the popular guitar styles of Spain and Brazil such as flamenco and choro.

The waltz has been a ubiquitous form of music and dance for well over two centuries. Inhabiting both classical and popular music genres, it fascinated composers such as Maurice Ravel who paid homage to Romantic practitioners of the waltz and also looked to imbue the dance with a modern edge. This approach is strongly reminiscent of Brazilian music, particularly the genre known as choro. Choro inhabits the forms of 19th century European salon music such as the Waltz and the Polka and combines them with influences as diverse as African rhythm (via the Brazilian lundu) and the modinha (representing European art music song forms) . The pianist and composer Ernesto Nazareth was a master of these styles and Odeon is one of his signature piano works. Like many of Nazareth's pieces, Odeon lends itself naturally to the guitar (track 2).

Ravel's Valses nobles et sentimentales(1911) are similarly at home on the guitar, however, at least three guitars are needed to imply the rich harmony
and counterpoint of the original. Doug de Vries has refered to both the piano and orchestral versions in making the arrangements heard in this program. The title of the work indicate the debt to Schubert's own Valses sentimentales (op. 50, D.779) and Valses nobles (op. 77, D. 969). The influence of Schubert is most clearly heard in Ravel's Waltz no. 7 (track 15).

Early twentieth century French and Spanish composers were fascinated with the sound of plucked string instruments. The clarity and delicacy of Ravel's neo-classical style lends many of his works to reinterpretation on the guitar.
Ravel never wrote for the guitar but he was close to Spanish music and musicians. He had a close friendship with Enrique Granados, whose Valses Poéticos he knew and admired. The Spanish pianist Ricardo Viñes, also a confidant of Granados', premiered many of Ravel's piano works. Like other French composers of his generation, Ravel wrote several Spanish-themed pieces such as the Habanera (1895), Rapsodie espagnole (1907), the opera L'heure espagnole (1909) and of course Bolero (1928). He knew and admired the Spanish group Trio Iberia led by guitarist/composer Angel Barrios and consisting of guitar, laúd and bandurria (steel string Spanish relatives from the mandolin family). They played arrangments of Spanish music from Scarlatti to Manuel de Falla and modern works by Albeniz and Debussy. J.B. Trend, the English hispanophile and confidante of Falla's wrote after hearing the trio play:
"The trio of bright, clear-sounding instruments seemed something new in musical sound. They played so that the intimate structure of the music…were clearly and unmistakenly revealed and the beauty…of the workmanship more easy to recognize. It was as if the music were being held up to the light to see how beautiful it was…

Other composers represented on this disc (Canhoto da Paraiba, Sergio Assad, Guinga, Gismonti, Dilermando Reis) are first and foremost guitarists and their music is highly idiomatic and exploits the expressive resources of the instrument.

The Brazilian guitarist and composer Guinga is one of the newest original voices in Brazilian popular music. In addition to his activities as a composer, guitarist and singer, Guinga works as a Dentist. The Dentist is a tribute to the harmonic inventiveness and rhythmic swing that characterizes much of his music

Originally written as a solo piece, Ruben's Rumba finds it's full expression in this version for three guitars. Written to celebrate the birth of my son, the underlying rhythm is derived from the flamenco rumba style. 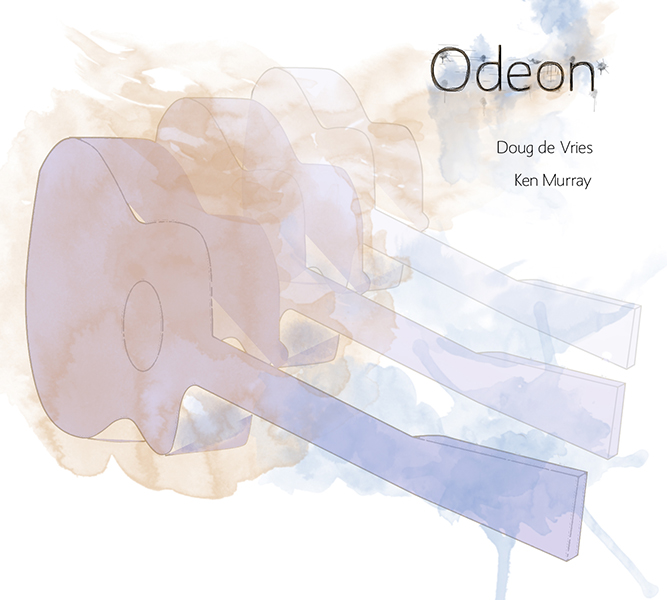